My work changed considerably from 2014 to 2020.  It went from meaningful, environmental, and fun to deeply meaningful, brave, tackling topics that our culture would rather ignore or hide.  We dove into death literacy as we worked on understanding why Americans act like death is not a thing.  We spend more time and money at end of life trying to extend life than we do connecting and accepting that death is inevitable.  We tend to not live our life fully and
presently because we refuse that little detail about the fact that it could all be over tomorrow.

We tackled love.  That was a whole other story…harder than death believe it or not.

We went from quantity to depth and to nurturing our souls and spirits.  I never knew how much satisfaction and joy working on death could be.  We changed lives and opinions and we helped people heal.  Including Staff.

I work on a green burial space with a group of beautiful women, Sanctuary of the Burrow.  My son was the first guest and we now have 5 folks there.  It is deeply satisfying to work on this.  Who knew?

I also get to create a magical place called The Plant.

It’s becoming the soul of Pittsboro.  We are creating a space that is celebratory, yet with a sustainable lens and also a nod to healing and spirit.  It is the Chatham Beverage District and also has places for people to gather and eat uber healthy food from the farm, play together and put their screens away for a minute.  Which is rare these days.  I see a future where we do have a healthy relationship to the technology and we put focus on the face to face, the experiences and the things that matter in life.  The people that are helping to make this place are quirky and fabulous. 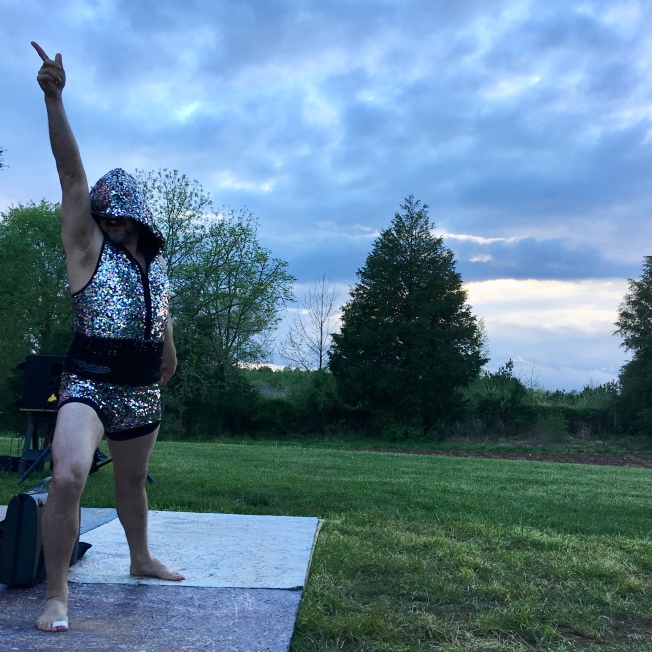 I do love to work. Raised in a family business was sometimes hard.  When the other kids were out having a good time, I was finding nuts and bolts for people and selling power tools.  It was super cool to know more about hardware than many of the men that came into the store.  The hardware store taught me about customer service, about people skills, about responsibility.  In many ways, Lyle and I are like my parents…running businesses together and having fun doing it.  Huge stress at times and many balls being juggled too.

I found that waitressing in college was not only lucrative but also fun and I learned about working for other people.  Multi-tasking and more people skills.

From there, I found my first “real” job.  Lyle was opening a branch of his family’s business, EMJ, a computer distribution company.  I had not traveled much and the thought of travelling around the US was a huge bonus.  His motto was “high trust, high performance” and off he sent me to work a trade show with our big vendor, Mike Powers.  We became great friends and travel companions.  He taught me about art and R&B music and how to sell stuff.

We bought a company from Baton Rouge called BLAST.  It was a software product that helped connect different computers to each other.  This was before there was the internet.  The product was world wide and we found ourselves traveling all over the states, Europe, Mexico, South America, and we even went to Israel, Turkey and Jordan….conveniently after our wedding.  We named Zafer after my BLAST customer from Istanbul.  A handsome Turkish businessman.

Babies change things and I quit BLAST and stayed home with Zafer.  We decided to make a career out of scrap metal art.  Lyle would create large chess sets and lawn art and I would go around and sell them with a baby on my hip.  It was a great way to raise a baby.  Not all that profitable, but we had some fabulous art openings, met wonderful people, and I became President of the Chatham Arts Council.  My second experience of being on a Board of Directors.  Contemporary Art Museum was the first.  I can’t remember all the details, but I almost got impeached from the board….had some disagreements with folks and I wanted to put a judge on studio tour rather than a peer review.  Caused some feelings.

Lyle has always been a risk taker and he thought we could pull off buying 450 acres in Moncure and create a community that protected the land and also gave us and our kids some playmates.  He was absolutely correct and we did it.  It allowed me to stay home with kids, show land, and we did form a pretty special community.  Not always peaches and cream…fights over dogs and things like that, but it did preserve a big chunk of forest with protective covenants and we learned about development and community.  From there, we bought a few run down houses and I put on a tool belt and started renovating them with contractors of course.  Really fun to take a burnt shell of a house and make it beautiful.  These were building blocks for more to come.

My third Board was Chatham Marketplace.  Melissa Frey and I had kids in playgroup together.  She had lost her husband and wanted to open a co-op grocery store in Pittsboro.  I thought it was a great idea and had absolutely no experience.  I did have fairly good party throwing skills and I told her I would help.  She had a business plan and we put together a board of directors and had the first meeting.  The meeting did not go well.  The folks looked at us and said “impossible” …this cannot work, blah blah blah.  After the meeting, Melissa and I looked at each other and said, we need to start over on the board.  And we did.  With pure passion, perseverance, not knowing any better…..we opened a beautiful co-op grocery store that focused on local, on the sustainable farming community and in that process, we met everyone in this county raising money, spreading the word.  I’ll always be grateful to Melissa and Kathleen, John, Laura, Tes, Corrine, and Mary.  (There’s something about Mary)  We spent many hours side by side calling people through the dinner hour and holding event after event and meeting our goals.

Abundance Foundation was formulated after Chatham Marketplace was opened.  We had a fuel co-op, Piedmont Biofuels and a food co-op, and it seemed the next tool we needed was a non-profit that was not tied down by too much bureaucracy.  This non-profit would be focused on sustainability.  A hole in this community.  This non-profit would be fleet of foot and able to get things done.  Tired by trying to make progress with renewable energy and local food and seeing things go at a snail’s pace, Lyle filed the paper work and Rachel became the president and I became the Executive Director.  No one could figure out why you would have food and fuel education in the same organization.  No one could figure out what we were doing and why and we seemed a bit unfocused.  However, we got stuff done.  And we had flair and made it fun…first and foremost.  Our founding Board of Directors were all rock stars and off we ran into the sustainability world.  Looking back after 7 years now, it evolved like it should have and we are doing some pretty serious and incredible stuff now around climate change and children’s nutrition.

A big part of the sabbatical is thinking about next steps for Abundance.  We have a beautiful team of women. When it comes to organization and order, I’m sometimes a horrible boss, so working on everyone’s skillset is part of the strategic plan.  Jenny will take the reigns and grow while she runs the place.  She has a lineup of help and experience to get through a couple of months and Charlotte will be by her side.  It’s going to be exciting to see what they plan and do while I’m out.  Plus, I’ll send them special gifts from the road.  Beth will pop in from time to time and Laurel just moved to Seeds, but I think she’ll still be with us on projects.  These women are so fun to work with and have the mission in their core.  And who doesn’t want to wear a mushroom on their head to work or a hairnet? 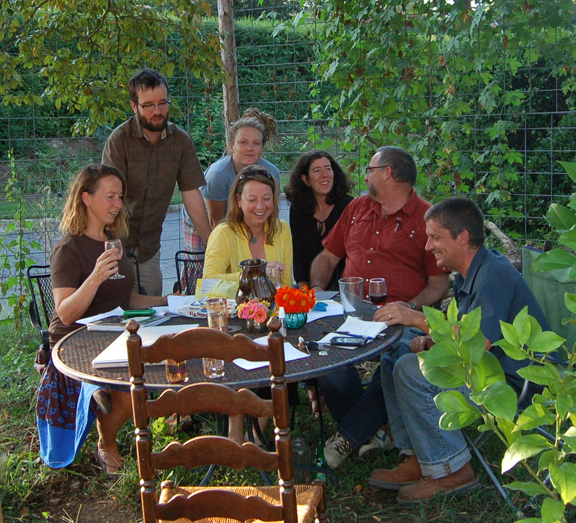 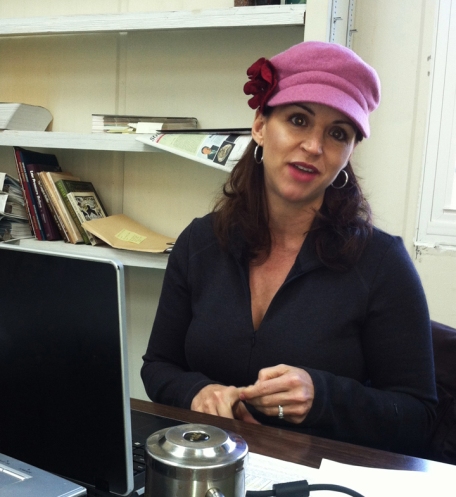 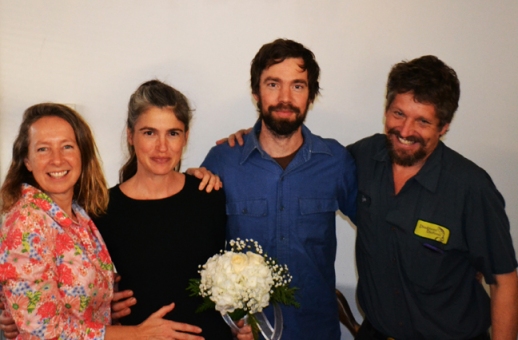 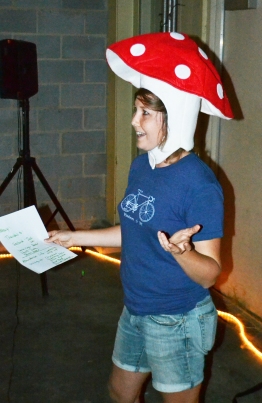 I’m not stuck in a pod working a corporate job and I do appreciate that every day.  I work with people I love and respect and who share my values and goals.  Flexibility is probably the most important part of my job…juggling many different projects, businesses and family.  It all melds together and feels like one big thing.  It can wear on you and cause a lot of grey hair.  But it’s my choice.

Special thanks go to all the supporters of Abundance and me.  Jay is an uber local Chef and offers ideas and encouragement when needed.  Gary has been a long time friend and advisor and I have learned oh so much from him.  I appreciate his abundant perspective.  Maria and Rebekah are queens of renewable energy.  Both are leaders in their fields and great models for women (and men) to follow.  Carol is a force to be reckoned with…..she has done a ton for Abundance, myself and my family.  Frank has been a long time supporter and is working on a lot of new things for the coming year…I’m excited about directions that he is taking and also very grateful for all that he’s allowed us to do.  Geoffrey Neal is an amazing PK volunteer and has stuck with us through about 15 of these presentations…..I don’t think he’s missed a one.  And we love him for that. 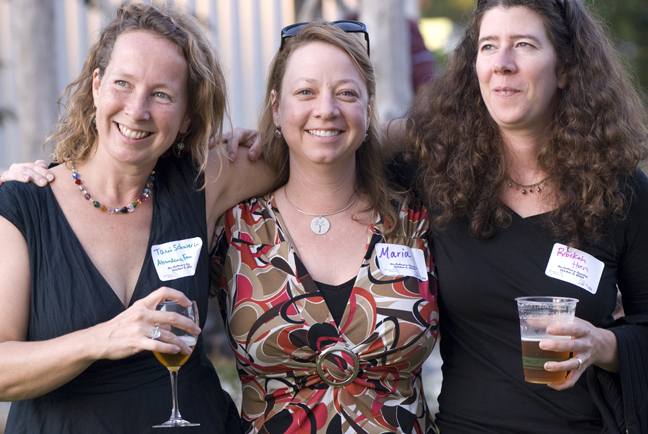 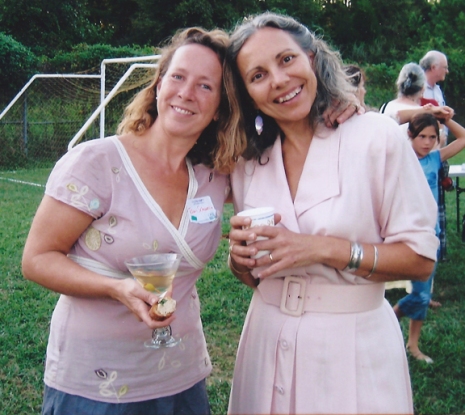 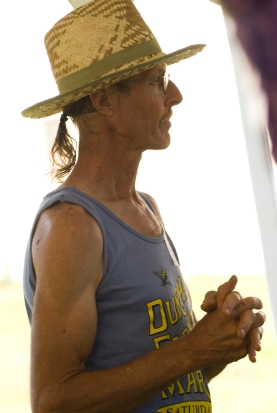 See the guy in the crown….he is about to open an amazing brewery…and he is Pepper King….these are the types of folks I get to work with.  The one on the left is opening a co-op grocery store in downtown Durham and he has a very popular radio show!

The other project is a local distillery that will be using local wines to create ports, cordials, brandies and rum + whatever else Chris feels like that day.  Super Super Fun.  And the cool part is that all the partners involved are friends.  Coming soon.  Get ready for a big party in the summer and thank you to everyone that is helping!

Oh, yeah, we built an energy efficient passive solar house last year complete with rope swing and chicken chandelier.  That took some work.  I loved it and had a great experience with everyone…worked with a lot of friends, Bob & Maria Kingery, Emily and David Boynton, Kevin Murphy, Chris Senior, Jay Fulkerson, Logan Parker, Diane Swan, Janice Rieves, Joe Kenlan.  And many more…it takes a village to do all these things and our village is full of expertise. 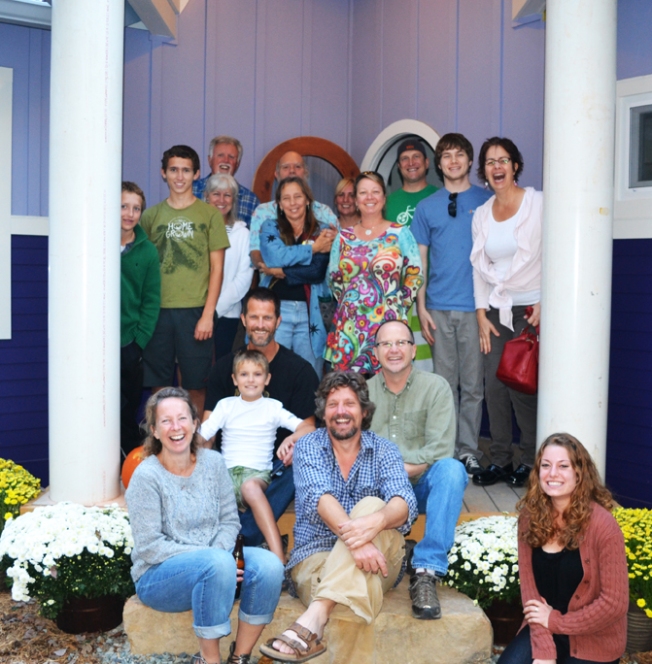 spiral꩜healing……is once a month with the New Moon - roughly the third Sunday - for 8 months. It will be a small sharing circle where we will build upon one another’s stories of grief. we will use elementals to alchemize our experience together with seasonal rituals of release.
happy first workday of 2023!
vision board making party
join us tomorrow at the Chatham Community Library December 10, 2022, for a special event called Death and Cupcakes.
wow, this is what our community looks like when we come together to be curious, wild, and brave
🍄 we have our circling event tonight and you can catch @mamadelamyco as our keynote @ 3pm saturday for our 7th annual Death Faire 🔮🕯
Loading Comments...
%d bloggers like this: