Swimming with sea lions on a chilly rainy day in the sea of Cortez was not what I thought I’d be doing last week, but through a series of events, we were hanging out with hundreds of 1100 pound animals in the wild that were ADORABLE.

Uncle Glen originally reserved a 45 foot single hull sailboat to celebrate the successful treatment of his cancer. In the meantime, my sweet, stoic father-in-law was given 3 months to live and went a year beyond that. Not knowing what was going to happen, no one thought the sailing trip was a go. Don passed away on January 18 and all the family started making arrangements to get to Canada. The family was tired and in grief and our Captain and Glen’s best friend, Lumpy thought sailing was exactly what was needed to lift spirits. As we were driving to the funeral, I was on the phone with Delta trying to get a flight to La Paz, Mexico.

There were about a million reasons not to go.  I was throwing a climate adaptation conference the next week, Arlo is prone to throwing ragers, there was absolutely no cell or internet coverage where we were going…it was completely wild with not many humans.  Lyle had obligations, classes to teach etc.

With the help of Abundance staff, Bob and Camille, and encouraging words from family and friends, we drove from Canada, packed our bags and flew to Cabo where Captain Lumpy and his partner Terri picked us up with fresh salsa and Paloma drinks (tequila and fresca). We had a raucus drive to La Paz with a stop at the Hotel California (inspired the Eagle’s song) where we sold them a bottle of Fair Game Ferris and landed in La Paz ready to provision the boat. We met the other two sailors, Jill and Randy, bought enough water, beer, tequila, food and toilet paper for 7 days and 7 people and launched L’OISEAU AU DES ILES into the great beyond! 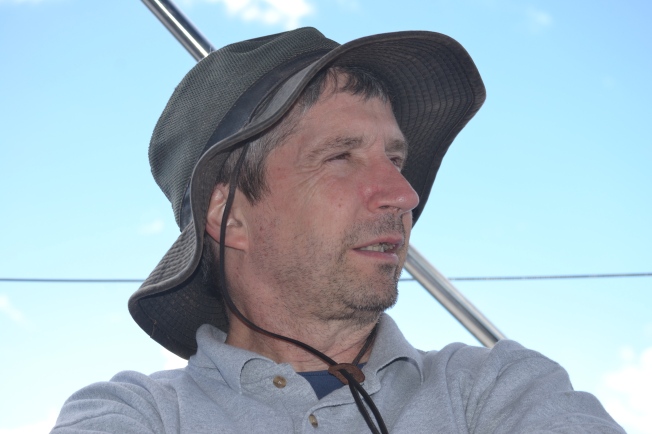 And it was wild…no people, a few sailboats, mostly wind, waves, birds, shark, rays and porpoises. Every night we would anchor in a little harbor by a deserted island. We cooked in teams and ate 5-star every night after sunset cocktail hour and a little dance party, very quick yoga or cards.

We hiked what we thought was a 2 mile hike to the other side of an island one day…it was more like 4 miles there and we had little water, became covered with cactus spikes and had a few discussions between the 7 of us….once we got to the other side, Terri and I spotted two porpoises about 10 feet away and we chased them down the beach. A complaining Lyle went skinny dipping in the sea of cortez when he forgot his bathing suit. Good times by all. 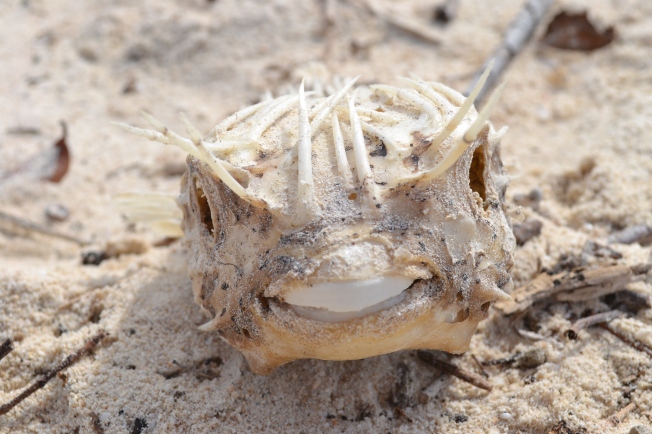 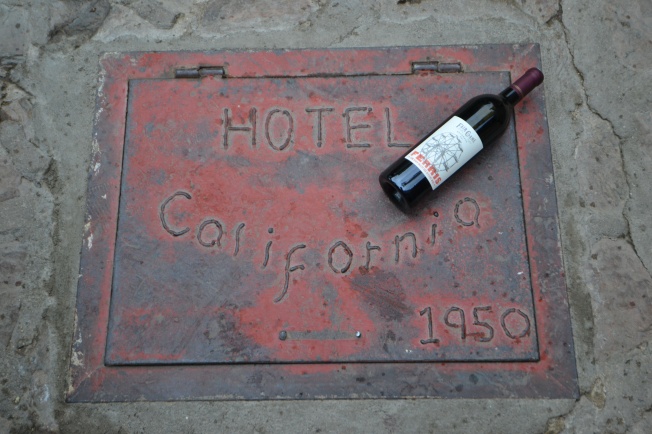 Getting ready for sail is such a thrill. Very dramatic, somewhat scary and everything has to hit the right timing. With Lumpy at the helm, we were in very good hands. This man has handled a lot of situations and some crazy sailing trips with horrible weather. He’s calm and gentle but firm about directions. His partner Terri and he communicate perfectly. She senses what he needs. I steered the boat one day in pretty rough waters and big winds. If I started going off course, he would just say “right” or “left” in the middle of his conversation. The feel of the boat is instinctive to him about keeping the sails tight and the boat on course.

We had no cell or internet for an entire 7 days. This caused me a lot of anxiety about going in the first place. Glen said “isn’t that the reason to go?” Others can handle things and what is the worse that can happen? Someone can die and I can’t really change that from the ocean. By day two, we had the sun on our faces, Lumpy had made 7 days of music to listen to, had pacificas by 8am and life really could not get any better. Being without technology was actually huge.  I highly recommend taking prolonged breaks from all this stimulation and communication.  Books, talking, thinking, silence and music are so much better for the soul.

Lyle took the dingy over to some structures that were old metal leaned against each other and met a couple of fishermen. They had just caught a small shark and were cutting it up to take back to a La Paz hotel. With a US 20.00 bill he bought a huge amount of shark that we cooked that night on the boat. It was divine. (they were using the whole animal)

Because we had limited water supply, showers were jumping into the ocean. It was chilly, so right back out. My hair looked like medusa and Glen was telling us about the millions of mites that live on our skin and in our hair. By day 5, I actually was going a little crazy thinking about a fresh water shower with soap and started obsessing a little about washing my hair.

One morning we were going to snorkel over to see the fish and live corral on the edge of our harbor. I jumped in with flippers and snorkel. The water was cold and current was swift. I realized after I was about halfway to shore that I really didn’t know how to snorkel or use the too-big flippers. I was basically about to drown with all this gear. Starting to panic, I made it to some rocks and Lyle gave me a quick lesson. I headed back to the boat, but started to panic again…I thought how embarrassing this would be to drown right by the boat. Lyle saw my struggle and started talking me through it, and he kind of helped me to the dingy…but I learned a lesson…sink or swim…damn…might need to think before jumping in all the way.

Being on the boat and with these 7 folks was a joy and a trip that I will never forget. Great company, time for solitude and thought, cards, Terri’s readings, and good healing from the stress and grief that we had just come from. Lyle kept us entertained with a competitive bird count.  We spotted blue footed boobies and about 38 other distinct birds.  Terri had lists of questions for us to ponder, songs to sing, games to play, rituals to perform.  And stories of Don were told every day as they will be over the years.

Thanks to Glen, Lumpy, Terri, Jill, Randy and Lyle for a really wonderful week.

Ramen Night at Fair Game! With Little Pond veggies, Lilly Den pork belly and our eggs!!! Great job guys!
Please join us June 15! 5-8pm. Bring your dancing shoes! #thepavingisdone #wedidntloseourminds
You never know who is going to pop out of the bushes at The Plant! 😂 Props to Elise for kicking it on the wedding this weekend! ♥️#ncweddings #notabridezilla #love

Hi there everyone! We are really looking forward to hosting you tomorrow morning @ 10am.
Stories of Grief & Healing
our time to gather in ritual in almost here!
we bereaved are not alone.
Our next Stories of Grief and Healing will be held next Tuesday the 19th - join us🪞🌸
“we call this order of things reality. this is ‘the way things are.’ it’s all we can see because it’s all we’ve ever seen. yet something inside us rejects it. we know instinctively: this is not the intended order of things. this is not how things are meant to be. we know that there is a better, truer, wilder way.” - glennon doyle
Loading Comments...
%d bloggers like this: